The trip to the U. It was springtime and the Atlantic Ocean is a vengeful sea at that time of the year. The waves were steep and nasty. At times, they were so high that the ship almost became air-borne. The turbulence was so massive that people were thrown out of their beds, and almost everybody on the ship was sea-sick. Boarding the Marine Flasher, This vessel carried U.

It was a perfect craft to accommodate our needs, equipped with a large kitchen and a giant dining room, which had served as a mess-hall for the troops it carried. The bunk-beds were quite adequate. It was definitely not a luxury liner like the cruising ships I read about before the war, but nobody complained. Indeed, everybody was euphoric. It smelled exactly like the coffee my grandmother used to brew.

Not since I was little, before the war, did I experience this fragrance, because later on when war broke out there was no more coffee available to be purchased in the stores. Eating in the dining room was quite an experience. There was no way to anchor the dish to the dining room table, and the rocking of the ship made the trays slide all over the place. Sometimes while eating, my lunch-tray took off like a sled on a slope, traveled clear across the long table, all the way to the other end where eventually it found its way to the floor.

The food was plentiful.

But all that was secondary to me. 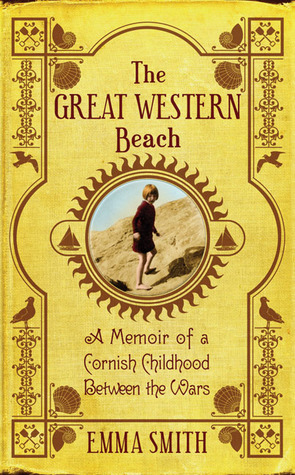 My only concern was, how much longer before I see New York. My father told me about it.


To me, at that young age, America and New York were the same thing. But once the war started, America was very much in the news all the time.

Especially for the Jewish population in Hungary, America was still their number one choice to emigrate, if at all possible. My parents talked about it often. Everything I ever heard or read about America was positive. On many occasions my parents would repeat that someday our entire family would sail to America. Little did I realize at the time that their dream of sailing to America will come about in such a bizarre way. The closer I was getting to the shores of America the more I wondered what life is really going to be there. New York City — the home of the skyscrapers and the subways.

The friends we were sailing with were from different parts of Europe. They were about the same age as we were. All of them were strong, fit, smart, and loaded with talent. None of us showed any ill effect of the camps and traveling together made the trip very enjoyable. One of them was Leon, a tall lanky kid from Poland, a world class accordion player. To make the trip more pleasant he would entertain us in the afternoons. His long and lean fingers danced around the keyboard so dexterously that it sounded like an entire orchestra was playing. Other passengers would gather around, singing, clapping and urging him on to play more.

Being a showman, he responded and the audience would sing along. The few, who dared to challenge the rocking ship, took to the floor, trying to show off some fancy footwork, but soon were disheartened by the antics of the angry old sea. Another good friend of mine was a teen-ager from Germany. He was a magician and used to perform in a circus before the war, while he was still a youngster. He too would display his unbelievable talent, making things disappear right in front of your eyes.

I watched his performance with utmost attention, trying desperately to figure out how it was done. Musicians throng the space, eyes and ears attuned to Sanders, who in his seventy-fifth year, is ablaze.

He spoke to me in melody, buried questions in verse. On my birthday he gave me a gift that will last forever,. It took years to wean myself off him, much longer than it took him to quit the needle. In this poem, as she often does, Barone makes her private sorrow public in the most searing, direct way, a trait she shares with Charles Bukowski, another of her poet heroes.

Throughout We Became Summer , she continues to develop and astound. In section four, Home, she writes about Philadelphia, where she grew up, her mother, her father, the psychic forces that form her poems. This strikes a responsive chord in me as this was also the case in my life. Among the admirable qualities these poems reveal is the way the author takes full responsibility for her choices and continues to forge her own way into the unknown.

Barone makes it easy for me to say — Own This Book! Banishing dread and gloom. Black was cool at sixteen and slimming at thirty. Tsaurah Litzky is a poet who also writes fiction, memoir, erotica, and commentary. Your email address will not be published. Time limit is exhausted. This site uses Akismet to reduce spam. Learn how your comment data is processed.

View All Events. He reverently clasps his horn and serenades a packed house at Birdland.

No Twitter handles at play, Tony Hewitt sings about going steady, takes us all back to a gentler time. On my birthday he gave me a gift that will last forever, a nameless song that called me the brightest star.

Footnotes from We Became Summer p. About The Author. Related Posts. Leave a reply Cancel reply Your email address will not be published. Follow Us.